Systems Have I Loved: Sony PlayStation 2 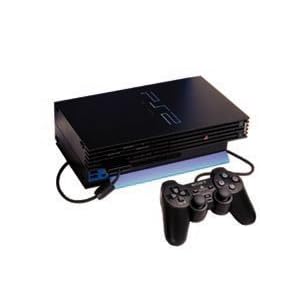 System: I had one of the original PlayStation 2s, which means in 2007 it stopped working consistently due to many of its plastic gears having worn out. That’s longer than many people got out of it, so who am I to complain. It also played DVDs. Sort of. I had a DVD player before I had a PS2, so I kept it because it wouldn’t freak out if there was a branching menu or a scratch on the disc.

Favorite Games: The Final Fantasy series (X & XII) were of course big. I’m pretty sure I convinced myself I need to get the PS2 specifically for FFX, which was good, not great, as FFs go. It did look fantastic. Not as fantastic as FFXII would eventually look, but that was still far in the future. I liked the Sphere Grid because it kind of changed things up a little, but storywise, it was one of the most linear FFs of all time. People complained about the blitzball, but I mastered the bejeezus out of that thing. Jecht Shot 2 and all that. FFXII was also extremely pretty, and much more flexible. It was also an awesome story, probably the best since VII. I’ve got 90 hours on my save at home and I still haven’t beat it. Amazingly this is a good thing. Should probably do that before FFXIII comes out.

I think Onimusha was the first game I owned, which is a fine game in the Capcom tradition of endless slaughter of demons/zombies/etc., upgrading weaponry, that has been repeated as Onimusha, Devil May Cry, Resident Evil, and so on. I can specifically remember trying to defeat the punishing 20-stage secret level to obtain the vaunted Bishamon Ocarina, that would unlock the game-balance-destroying Bishamon Sword. It took me many attempts, but I managed to get it one morning when I made an attempt before class. I remember yelling out, “Yes! Bish-a-mon!” in my empty apartment like a crazy person.

Katamari Damacy is one of many reasons that video games are one of Japan’s greatest exports. One of the most relaxing games ever made. You roll the ball, and you pick things up. Simple, and fantastic. Also, one of the best soundtracks ever.

Guitar Hero and its even better sequel reignited my love for video gaming in NYC. Way to go, Harmonix. I played this for the first time for like three hours while helping a friend house-sit, and then I bought it the next day. Loved the first iteration, but the second is really where they started to tap into the genius of it, with two guitars playing together cooperatively. I got GHII for Christmas in ’06, and my friend John came to stay with me the night I got back from RI. He was well versed in the two player mode, and my first experience with the two player was “Search & Destroy.” Awesome.

Least Favorite: I’ve always thought the Grand Theft Auto series is way overhyped. I never bought any of them, but every time I’ve played one I got bored after finishing like two missions. Snooze.

I was mildly disappointed that We Love Katamari didn’t add much on to the original, but I can’t say it was one of my least favorite. PS2 was pretty good to me.

Personal Quirks: This particular PlayStation 2 changed hands many times. I bought it used, so its original owner is lost. But after owning it for about a year or two, I sold it to my brother to buy an XBox. I believe my brother sold it to a friend and then bought it back later. Then I sold the XBox before moving to NYC. When I got my first real apartment, I bought the PS2 back from my brother. I played it to death, and then my brother bought it back from me when he broke it completely whilst trying to fix it. Talk about your barter systems.

I was always weirded out by how off balance the original PS2 design is, because it left this enormous empty cavity for the hard drive, a peripheral used by about four games, I think. The “Slim” PS2 made a lot more sense, but I don’t think I’ve ever seen one in person.

Up next: the Microsoft XBox.